Ants are considered by many to be among the most successful of all insects. In Australia there are over 4000 known species of Ants. Ants are related to termites but cannot damage sound timber. Worker ants mostly live for about one year and large workers are sometimes called soldiers.

Ants are often regarded as a nuisance trailing in and around buildings. Their feeding habits tend to be labelled as scavengers or predators. Ants commonly scavenge in kitchens, food handling areas and garbage bins. With possible sources of disease their potential for transmitting disease to humans should not be overlooked.

Ants can be repelled by certain insecticides but as they are very resourceful in finding new routes to a food source it is extremely important that the barrier treatment be a comprehensive one that attempts to isolate the nesting site from the food source. Baits are used mostly in situations where nest location and treatment is difficult or impossible. The baiting approach usually relies on the transference of bait back to the nest where individuals including the reproductive female(s) will eventually consume the poison and cause death. This may be a relatively slow procedure. 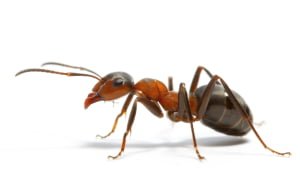 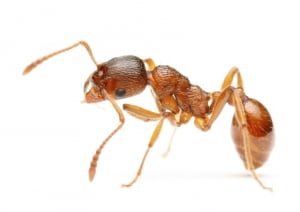 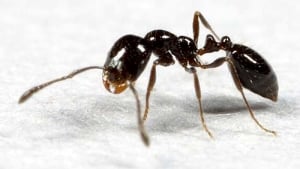